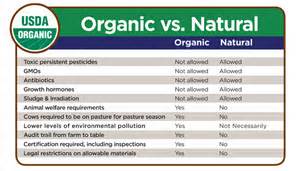 It can be confusing buying seeds or produce with all the different terms and descriptors used in seed catalogs and stores.  So, what do all those terms mean that you hear-GMO, Heirloom, Hybrid, Organic, All Natural?

GMO: Genetically Modified Organism
Typically the Big Ag Chemical/Seed companies inject genetic materials into seeds that kill living things like pesticides.  They have also genetically modified them to withstand  massive doses of herbicides.  I don’t think anything that has been genetically altered to be able to kill other living organisms is the healthiest to be eating, if you know what I mean.  The first field trials of GMO’s began in the 1980’s.  Monsanto is the big GMO (and herbicide chemical company), now bought by Bayer.  Today, farmers are forced to put even more pesticides and herbicides than they did prior to the introduction of GMO's because the weeds and insects have adapted to the chemicals and more are needed to do the same job.  The World Health Organization has said that Round Up is a probable carcinogen.  Be sure if you have to buy conventional produce that you wash thoroughly to remove harmful chemicals.

Heirloom
Heirlooms are not genetically modified, they are open-pollinated, not a modern hybrid, been developed using classic breeding procedures, are at least older than 1951.  Some believe only those that are 100 years old qualify.  Heirlooms have been handed down from generation to generation.  Open pollinated means that you can grow a plant just like the parent from the seeds.  You can use the seeds from heirlooms you buy in the store to grow them in your own garden.

Hybrid
They are a modern cross between 2 different plants.  Many are infertile meaning they will not produce viable seed. This can be a good thing if you want a seedless variety.  The hybrids that do have seeds will not yield the same plant as the parent.  Hybrids are typically bred to provide plants that have better yields, better disease protection.  Many feel that hybrids sacrifice flavor for their other attributes.

Organic
Seeds can only be labeled as organic if they were grown by certified organic farmers.  The criteria for being certified organic is very stringent.  Organics cannot be genetically modified.  Organics cannot have been grown with any synthetic pesticides, herbicides, fungicides, or fertilizers being used.  A farmer has to be chemical free for 3 years before they can be certified organic (and keep very detailed records to prove how they grew their seeds and be inspected yearly).
So, if you want to buy organic heirlooms, you need to make sure that it is labeled as such.  Just being a heirloom does not mean it was raised organically or vice versa.  You can also have organic hybrids.
You cannot have organic GMO’s as no GMO can be labeled organic!
On a similar note, many are not sure what the difference is between natural and organic labels we see in the grocery store.

Organic label in the store
It is pretty simple, nothing can be labeled organic that contains GMO’s and it is not raised and/or made with 100% organic inputs and certified as such.  If you want to be sure you are eating produce raised without any chemicals, buy organic.

All Natural label in the store
For meat, fish and produce, natural only means that no artificial or synthetic ingredients have been added to it after it was butchered (for meat/fish) or harvested.  It gives you no information on how it was raised.  It can be GMO (70-90% of what is labeled as “natural” contains GMO’s).  It can be raised using synthetic fungicides, fertilizers, pesticides, and herbicides.  It can be from factory farm animals.  Natural refers only to what is added to after it was raised and harvested.  In terms of produce, it can be covered in pesticides and herbicides.  If buying non-organic produce, be sure to clean thoroughly.

So that is a quick summary of what each term means.  Organic has gotten more affordable in the last few years.  It is also pretty easy to grow a lot of what you eat during the spring, summer and fall.  A mini greenhouse is needed for getting winter harvests.  Growing your own you know exactly how it was raised, saves money, and is more nutritious since you pick and eat!  Another good option is farmers markets and CSA's from farmers that you trust.  That also helps small farmers and the local economy.

Posted by Melodie Metje at 9:23 AM